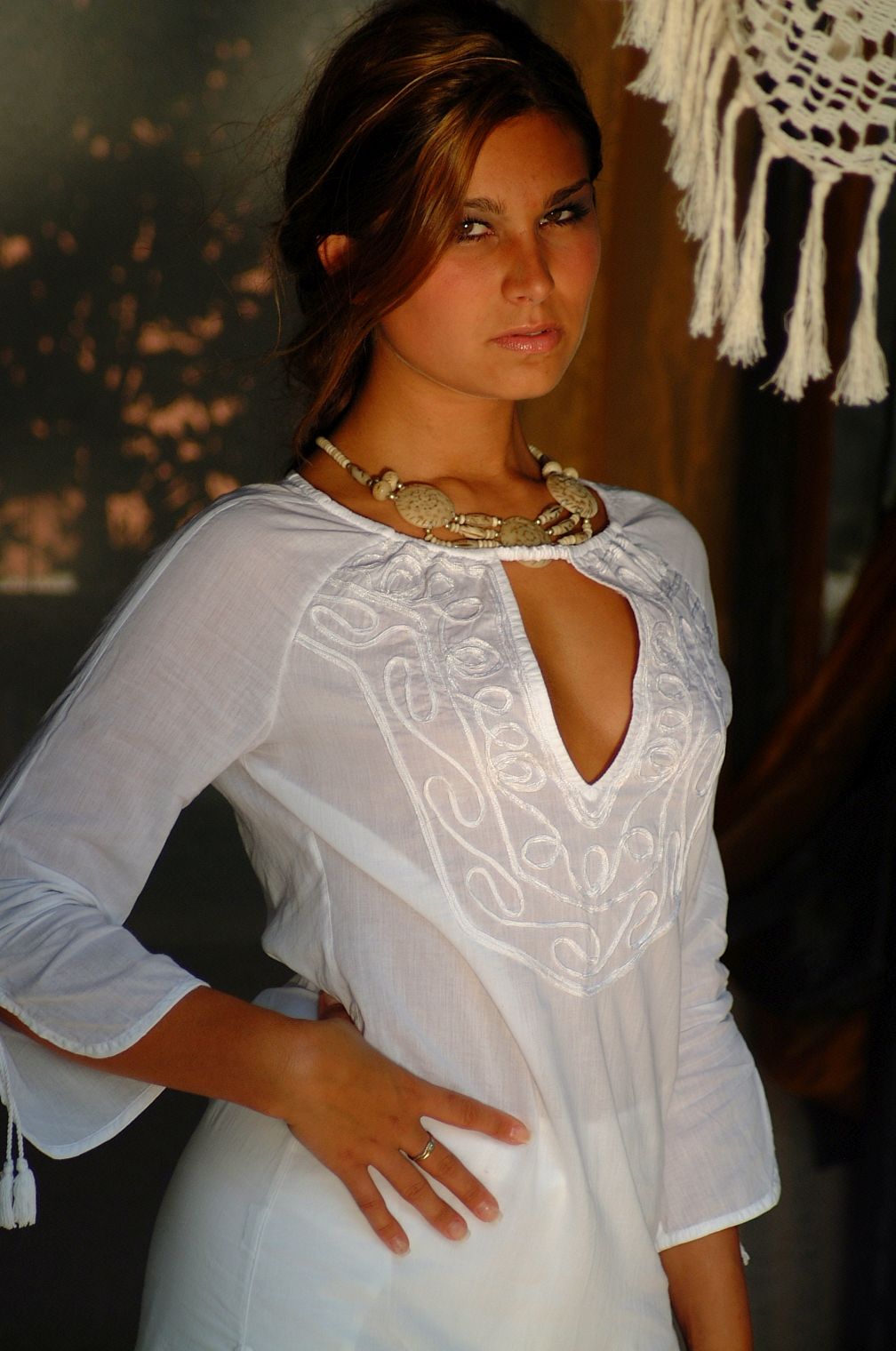 “Good morning Sara.” Ms. Brighton says in her cheery voice. “Are you ready for today?”

“Good morning Ms. Brighton. What’s today?” Sara asks. A confused look on her beautiful face. “Oh. That’s right. I forgot to tell you. Since you’ve been doing so well on all of your tests, today will be your final exam. Pass today and you will be a full-fledged Mistress.” “Really?” Sara ask excitedly. “Really. I should warn you though that this test will be the most difficult test you have had yet. You are giving three tries to pass. If you don’t pass the third time you are out of the program and have to reapply.” Ms. Brighton states. All playing put aside for now.

“I’m not worried Ms. Brighton. So far the test have been pretty easy. No offense.” “None taken. Actually most people say that. That is why I save him for last. You’re going to do great though. I have every confidence in you.” “Thank you Ms. Brighton. May I ask what makes this test so difficult?” Sara asked, just a hint of nervousness entering her voice. “Well. His name is Nacho pet. He can barely be controlled for very long. Ninety nine percent of punishments no longer work on him.

To make matters worse he enjoys teasing us mistresses and he really enjoys tormenting our bulls.” “He sounds difficult. Why do you put up with him?” “Because he makes an excellent final test for would be mistresses. Plus he is so much fun to play with. Oh. Before I forget, do you mind if your clothes get dirty?” Ms. Brighton asks with an innocent look. “Why would my clothes get dirty?” Sara asked now thoroughly confused.

“You’ll see. Well here we are. Are you sure you’re ready?” “Yes Ms. Brighton.” “Before we go in, I need to tell you some of the rules involving Nacho. First. Do not let him out of this room without another Mistress with you. He will try to run and nobody wants Nacho to be roaming around without supervision. Second. He is going to misbehave. Just assume that he is up to something no matter how well behaved he might act. Third and most importantly. No matter what he says, he does not have permission to fap. Got it?”

“Yes Ms. Brighton. I’m sure I can handle this.” Sara said, though her voice quivers just a little bit.” Ms. Brighton opens the door to where Nacho pet is kept. The walls are covered in toppings. The floor seems to be made entirely of chips. Sara looks around and finds Nacho pet in a corner with his back to them. “Nacho. I want you to meet Mistress Sara.” Nacho doesn’t acknowledge them. He just continues doing whatever it is that he’s doing in the corner. “Nacho!” Ms. Brighton says with more authority. “Hi Mistress Brighton.” Nacho says. He still hasn’t turned around.

The Mischievous Vs. The Mean Mistress Trainee

“What are you doing Nacho?” Ms. Brighton asks sternly Nacho jumps up and tries to look innocent. “Nothing Mistress.” Nacho replies. Of course neither of them believe Nacho pet. “Nacho pet. This is Ms. Sara. She’s in our Mistress training program. You will be on your best behavior.” “Yes Mistress.” Nacho replies as he slowly moves closer to Ms. Brighton. “Are you really sure you want to do that Nacho?” Ms. Brighton asks raising an eyebrow. “I was just hoping for a hug Mistress.” Nacho lies. “Ok Nacho. You know what will happen if you do what I think you’re planning to do right?” “Ghost peppers soaked in habanero sauce right Mistress Brighton?”

“That’s right. Do you still want a hug?” “Yes Mistress.” Nacho moves closer and puts his arms around Ms. Brighton. Just as she begins to think that Nacho pet is going to behave, he spanks her butt leaving a cheesy hand print on her. “What am I going to do with you Nacho?” Ms. Brighton asks in exasperation. “I’m sorry Mistress. I just couldn’t help myself.” Nacho pet whined “We will talk about this tonight.” She states before turning to Ms. Sara.

Nacho Up To His Old Tricks

Each time Nacho pet fails to put in the word not. Ms. Sara decides that spanking Nacho pet doesn’t seem to be doing any good. His ass has already turned an ugly shade of purple. She pushes him off her lap. Nacho lands on the floor hard. He looks up at her adoringly. “Thank you for the correction Ms. Sara.” He says. “You’re welcome Nacho pet.” She says. “Tell me about this room.” “This is the nacho room, Ms. Sara. Ms. Brighton gave it to me under the condition that I only can have nachos while in this room.” “Do you eat anything besides nachos?” “Yes Ms. Sara. Nachos are my favorite though.” A bell chimes. Nacho looks over at the clock and he seems to perk up.

“Yeah. It’s time for my morning walk.” Nacho says excitedly. “Your morning walk. What are you talking about Nacho pet?” “Ms. Brighton allows me two exercise periods a day. First at ten, and then again after supper.” Nacho says as he makes his way to the door. Forgetting the rules about Nacho, Ms. Sara opens the door. Nacho takes off like the devil was after him. Which, since Ms. Brighton saw what happened would actually be correct. Ms. Sara calls out “booby rubs.” Ms. Brighton comes in talking on her cell phone. “Nacho is loose. I repeat Nacho is loose. Hide your panties.”

“I’m sorry Ms. Brighton. I forgot that I was supposed to get help taking him out. He just has me frazzled.” “It’s ok Sara. Nacho is a sneaky little snack. We’ll catch him though.” The two begin looking for the escaped Nacho. They check every door, going into the ones that are open to see if Nacho is in there. Ms. Brighton’s phone begins to sound off telling her that she has a message. She scans the message. A look of dread crossing her face.

“I know where Nacho is. Let’s go Sara.” She says. Her voice taking on a dangerous quality. “Where’s he going?” Sara ask. Panting as she tries to keep up with Ms. Brighton. “He was seen by one of my pets going up to the head mistresses’ room. There’s no telling what he will do if he gets into her room.” They run as fast as possible up to the head mistresses’ rooms. Brighton stops at the door. They can hear someone inside, and it does not sound like the head mistress. “Do you think you can handle this Sara, or do you want me to get him out?” Ms. Brighton ask as she catches her breath. “I’ll take care of it Ms. Brighton. This is my fault.” Sara opens the door quietly.

She sees Nacho pet staring into the head mistresses’ underwear drawer. He’s drooling like a raving lunatic why furiously fapping away. She doesn’t say a word. She stomps into the room and grabs Nacho by the ear. Dragging him out of the head mistresses’ room and all the way back to her room. Ms. Brighton following to see what’s going to happen. Sara shoves Nacho pet down on the ground and in a cold and deadly voice tells him to stay as she goes into the bathroom.

Having never seen a mistress lose control like this, Nacho actually follows directions for once. She comes out a few moments later with something in her hand. She sits down and tells Nacho to assume the position. He goes and lays across her lap with his ass up in the air. Swat! She spanks him hard on the right cheek. Nacho cries out in pain. This makes Ms. Brighton worried. Nacho normally doesn’t cry out like that no matter how badly he gets spanked. She takes a look and sees something ghastly. Looking at Sara’s hand she sees the head of a disposable razor in her hand.

“Sara. Stop it right now.” Ms. Brighton says. Her voice low and filled with menace. “You are not allowed to punish them in a way that could cause them to go to the hospital. You’re done for the day. Consider today’s test a fail. Let’s go Nacho.” Nacho falls off of Sara’s lap. Not even bothering to stand up he crawls after Ms. Brighton. He stays right by her. Ms. Brighton sees him trembling, so she reaches down and pets his head.

They end up in Ms. Brighton’s room. She tosses Nacho a pair of panties, and watches as he begins happily drooling on them. She doesn’t tell him that that is one of the pairs she puts her sissies in. She has to have some fun. “Lie down on your stomach Nacho nacho.” She commands in a kind and gentle voice. Nacho lies down shaking even worse from the sound of her kind and gentle voice. He has learned to associate that with her bringing out the demoness. Ms. Brighton gently fixes up Nacho pet. Talking in a sweet caring voice as she does to help him relax.

“Nacho. You’re going to spend the night with me tonight.” She says. “I thought Off was out of town Mistress.” He says. “He is. I’m letting you stay with me tonight so I can keep an eye on you.” “You. You mean I can sleep on your bed Mistress?” He asks. His voice regaining some of its’ normal excitement. “Yes Nacho. You can sleep on the foot of the bed. Maybe if you are a good boy the rest of the day, I might even put my feet on you when we go to sleep.”

“Oh thank you Mistress. Mistress is so good to me. I promise I’ll be the best behaved pet you’ve ever had Mistress. “Right Nacho. I bet you won’t even last the day. Oh. This doesn’t count as the talk we have to have about what you did earlier in your room.” Ms. Brighton says. A evil grin coming to her beautiful lips. “Yes Mistress.” Nacho says with a gulp.